The PPE Shortage in America 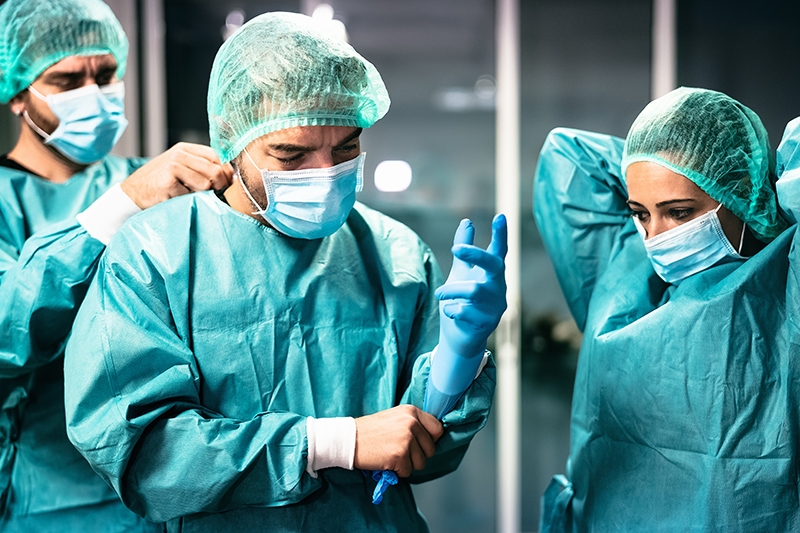 The PPE Shortage in America

Even though the initial crisis of the Covid-19 pandemic is several months behind us, there is still a shortage of personal protective equipment, PPE, in America.

The doctors and nurses on the frontlines of the coronavirus have turned to reusing much of their PPE. Even though most of this equipment is intended for one time uses. Much of these being the N95s.

At the start of the Covid-19 pandemic, the U.S. heavily relied on the manufacturing of PPE based in China. When the White House ordered 500 million respirators from China, there was a timeline of about 18 months before they would be received.

Many U.S. companies switched their normal productions, to producing PPE to help out with the shortage. 3DBio Therapeutics, who normally bio-prints medical implants, worked vigorously to produce Powered Air-Purifying Respirators, PAPRs.
Even though U.S. companies have started producing PPE, there is still a shortage due to manufacturers slowing their production to avoid overproduction.

What is Slowing PPE Production
The biggest hit the production of PPE felt, was the fact that many hospitals were losing revenue.

With procedures scheduled between March and June being cancelled, and the number of uninsured visits rising, there has been a loss of over $100 billion for hospitals throughout the country.

Another problem with the pandemic and the production of PPE is that it is completely unpredictable.

Companies producing the PPE have to determine how their production and the demand of PPE will change. Producing too much PPE and not having a demand for it will cost manufacturers money. At this time, they are having to wait for orders to come in before actually making the PPE instead of being able to make it to have on hand when they do get an order.

Last but not least, facilities ordering PPE are mostly looking to order from manufacturers they are used to.

With an unreliable market often found in companies from China, many hospitals are reluctant to order from companies new to this specific market. Instead, they are going with companies they have worked with before. This combined with orders larger than normal creates a back log in production.

Could there be a solution?
Dan Cohen, CEO of 3DBio Therapeutics, proposes a solution. Instead of waiting for a crisis to hit and then trying to catch back up to demands, have a, what he calls, “Manufacturing Reserve Corps”. This would be an ecosystem of medical productions based in the U.S.
The next time a crisis hits there would be a computer software for digital manufacturers to produce medical supplies while limiting any kind of switch over costs.

While the Reserve Corps focuses on traditional operating by producing traditional products in times without a crisis, it would also open up more jobs in smaller cities of the U.S.

The current Covid-19 crisis has brought to light just how much the country needs U.S. based medical manufacturing. It is now up to the federal powers to be to determine how to build it.