Biden’s vaccine rules for 100 million workers are here. These are the details 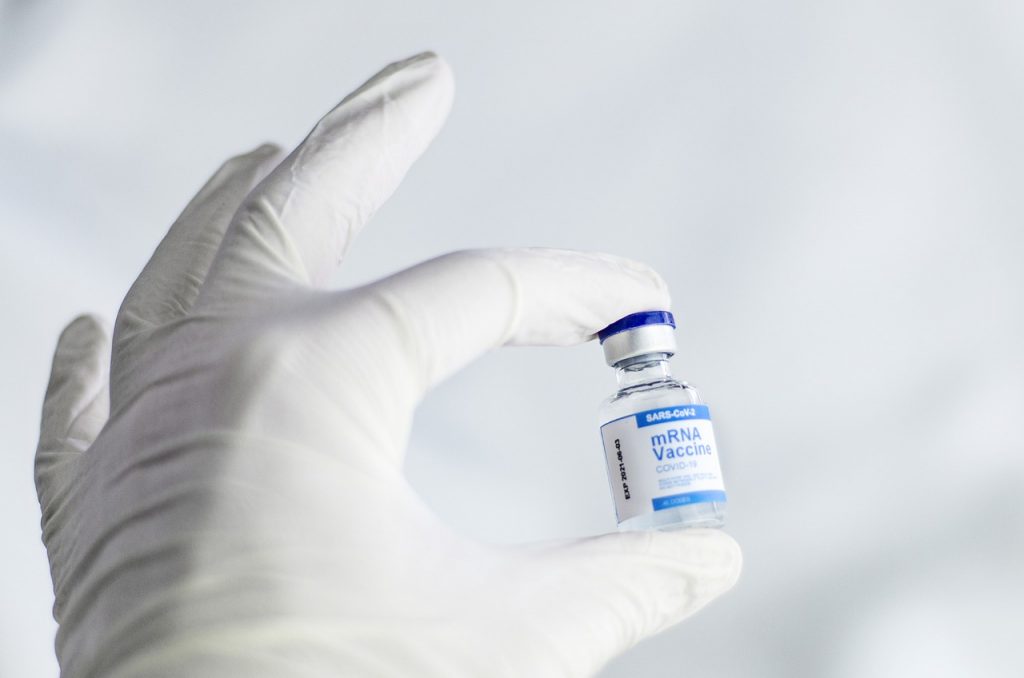 Biden’s vaccine rules for 100 million workers are here. These are the details

In early September, President Biden announced he was taking steps to get more Americans vaccinated and turn the tide on COVID-19.

On Thursday, the administration rolled out two of those steps — two different vaccine rules covering more than 100 million workers.

Here are the details:

Deadline is Jan. 4: The first rule, issued by the Occupational Safety and Health Administration, covers companies with 100 or more employees, applying to an estimated 84 million workers. Companies must ensure that their workers are either fully vaccinated against COVID-19 by Jan. 4 or that they test negative for COVID-19 at least once a week. The rule will take effect as soon as it’s published in the Federal Register.

Workers must get paid time off to get vaccinated: Under the OSHA rule, employers must pay workers for the time it takes to get vaccinated and provide sick leave for workers to recover from any side effects.

Employers don’t need to pay for testing: In a move that appears designed to push workers to choose vaccinations over testing, the rule does not require employers to pay for or provide testing to workers who decline the vaccine. However, collective bargaining agreements or other circumstances may dictate otherwise.

Unvaccinated people must wear masks: Unvaccinated workers must also wear face coverings while on the job.

Health care workers don’t have testing option under separate rule: A second rule issued by the Centers for Medicare & Medicaid Services requires some 17 million health care workers to be vaccinated by the same deadline, Jan. 4, but with no option for weekly testing in lieu of vaccination. The rule covers all employees — clinical and non-clinical — at about 76,000 health care facilities that receive federal funding from Medicare or Medicaid.

Vaccine requirements have proved successful, but a backlash is expected

In rolling out the new rules, Biden administration officials said vaccine requirements are good for the economy and hailed the success of vaccine mandates, with only a small fraction of workers choosing to leave their jobs rather than comply. Employers from Tyson Foods to the Houston Methodist hospital system have reported vaccination rates topping 96%.

But well before the details of the rules were released, there was backlash from Republican-led states, with two dozen state attorneys general threatening to sue the Biden administration.

In a letter addressed to Biden on Sept. 16, they warned that a vaccine requirement would drive further skepticism of the COVID-19 vaccines and cause some workers to leave their jobs, further straining an “already-too-tight labor market.” They also asserted that an OSHA rule would be illegal and disputed the notion that COVID-19 is a work-related hazard that falls under the agency’s jurisdiction.

Companies covered by the OSHA rule can challenge it in court, and challenges are expected in the coming days.

This week, the Biden administration was quick to lay out its legal authority in issuing the rule, citing the responsibility OSHA has to provide workers with safe and healthy working conditions and to act quickly when workers are found to be facing grave danger.

“A virus that has killed more than 745,000 Americans, with more than 70,000 new cases per day currently, is clearly a health hazard that poses a grave danger to workers,” said a senior administration official.

Workplace outbreaks large and small have been documented, particularly in the first year of the pandemic. A congressional committee recently found that 59,000 meatpacking workers were infected with COVID-19 and that at least 269 of them died.

In the case of the OSHA rule, enforcement will largely fall to companies themselves. With only a couple thousand state and federal OSHA inspectors nationwide, there is no mechanism for checking up on millions of workplaces to see whether they are in fact keeping vaccination and testing records.

Rather, OSHA inspectors will mostly respond to employee complaints and add COVID-related inspections to their to-do lists when they are already on-site somewhere. Employers who violate the rule can face fines of up to $13,653 per violation for serious violations and 10 times that for willful or repeated violations.

There is an additional step some states will have to take before the vaccine-or-test rule takes effect. Twenty-one states and Puerto Rico have OSHA-approved state plans that govern workplace safety. Within 30 days, those states must enact rules of their own that are at least as effective as the federal rule.

Last month, the Labor Department threatened to revoke the state plans of three states — Arizona, South Carolina and Utah — that had not yet adopted an emergency rule issued by OSHA in June aimed at protecting health care workers.

While those same states and others could similarly delay the implementation of the federal vaccine-or-test rule, employers there may decide to move forward on their own.

Read the full article at npr.com