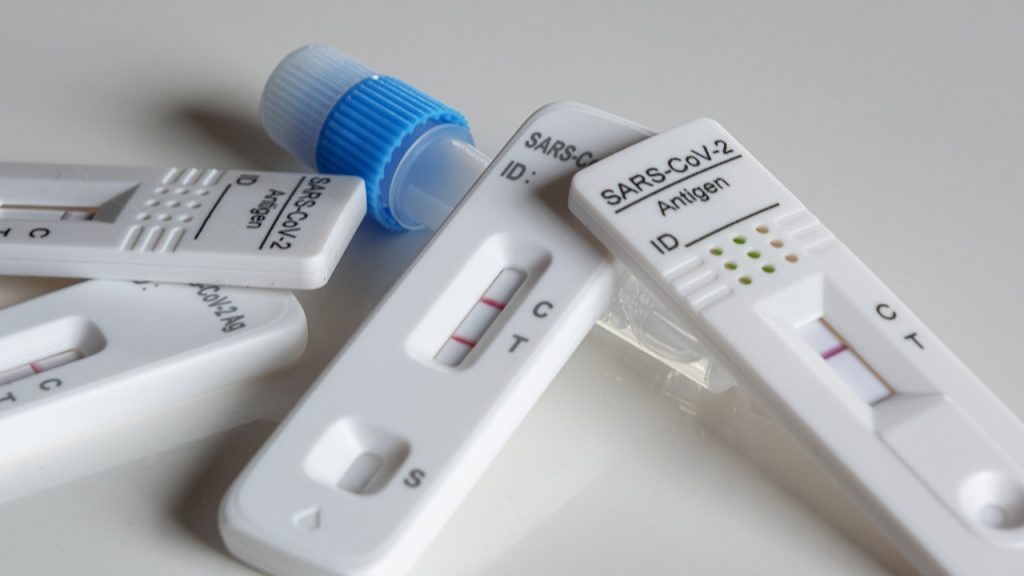 Several rapid antigen tests that are widely used in the United States — Abbott BinaxNow, BD Veritor At-Home and Quidel QuickVue — are effective in detecting the Omicron variant of the coronavirus, according to a new real-world study that eases concerns about possible false negative test results.

The tests performed similarly for Omicron and the Delta variant in the study, which was released on Monday but has not yet been published in a peer reviewed journal. Among people who tested positive for the virus on a P.C.R. test, 61 percent of those with Omicron infections also tested positive on a rapid antigen test within 48 hours, compared with 46 percent of those with Delta infections, according to the research, a collaboration between the National Institutes of Health, the Food and Drug Administration and UMass Chan Medical School. The difference between variants was not statistically significant.

The tests performed better among people with the highest viral loads, detecting more than 90 percent of Omicron and Delta infections in this group, the researchers found.

“This study adds to the body of evidence that says that Omicron can be detected with the home tests that we have,” said Nathaniel Hafer, a molecular biologist at the UMass medical school and an author of the study.

Rapid antigen tests, which are less sensitive than P.C.R. tests, are designed to detect proteins on the surface of the virus. If genetic mutations alter these proteins, it could affect the tests’ ability to detect the virus. So each time a new variant emerges, researchers need to re-evaluate the tests.

Early laboratory research suggested that some antigen tests might be less sensitive to detecting Omicron than previous variants, meaning that they might generate more false negatives. The F.D.A. warned about that possibility in late December.

But experts had noted that the tests still needed to be evaluated in large, real-world studies.

The new findings are from an ongoing U.S. study that began in October and was designed to assess the performance of rapid antigen tests in asymptomatic people.

Nearly 6,000 people participated in the study between October and late January. The new analysis focuses on 153 people who tested positive for the virus at least once on a P.C.R. test at some point during that period. Roughly sixty percent had confirmed or likely Omicron infections, the researchers concluded, using a combination of sequencing data and information about when each person first tested positive. The rest were presumed to have Delta.

“The study showed that when there’s higher amounts of the virus, these antigen tests are going to do a good job in detecting cases,” said Matthew Binnicker, the director of clinical virology at Mayo Clinic, who was not involved in the research. “The real concern of false negatives is when there’s lower levels of the virus.”

Experts urge people who have symptoms of or have been exposed to the virus to take multiple antigen tests, over a period of several days, to increase the odds of detecting an infection.

Read the full article on nytimes.com.

OlleyMay Safety has an inventory of FDA-authorized COVID-19 rapid test kits.  To order, call
212-375-6725 or complete the form below.